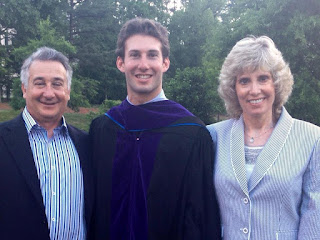 No he is not a juvenile delinquent. Our son is a Juris Doctor, and we just came back from his law school graduation. Since he had some extra time off before graduation, we decided to take a road trip to Asheville, North Carolina. We toured the Biltmore Estate that George Vanderbilt built for his mother  in 1895. It reminded us of an American version of the castle on Downton Abbey. Each room was more magnificent than the next, and every detail was covered in opulence. While most homes at the time didn't even have electricity, he had a working elevator, and a lighted indoor pool. The Vanderbilt's also gave back to the community, and his wife Edith started a school to train African American women as skilled maids in the early 1900's.


The next day we went hiking in a forest preserve in the Blue Ridge Mountains. Panic set in, when we passed a gas station sign warning that they had the only public restrooms for eight miles. That was more frightening to me than climbing up a thousand feet. My husband and son were looking forward to seeing wildlife. The advertisements sighted everything from bears to white tailed squirrels. As I was walking, I discovered an unusual tubular shaped worm. I called them over to see it. Our son noticed that the creature had several legs, and they both were fascinated by this odd looking centipede. I suggested that they take a photo, as this would be the only wildlife we would find on the trail. They just laughed, but they should have snapped that picture. The trail did have several views of  two amazing waterfalls. We  met a couple who raved about another beautiful park with spectacular views. When we finally found it hours later, we were surprised to find flying turkeys.

Back at the campus, our son gave us a great tour of the trophy room, and the beautiful wooded surroundings in Durham. We also saw his house and met some of his roommates for the first time. After dinner we went to have an early celebration with some of his friends and their parents. Everyone was friendly and excited for the graduation. We were surprised to find out that our son is the only one out of his friends who will be returning home to work. The other moms were disappointed that their boys found jobs out of state. This made us appreciate how lucky we were. It seemed like just yesterday when he liked to keep his social life private from us, and now he was eagerly introducing us to everyone he knew, and included us in all of the festivities.

It poured on the way to the graduation ceremony, but fortunately it was held inside the basketball stadium. Sadly, one of their classmates was killed in a car accident in March, and the students led a  standing ovation when his name was called. The whole experience was very emotional. We felt terrible that our younger son couldn't be there, as he was studying for college finals, and we knew how badly my mom wanted to come. The trip would have been too difficult for her, and my brother wanted to stay close by in case my mom needed him.

We were all so proud of what our son has accomplished. He earned an undergraduate degree in engineering, and will be working as a patent attorney. He insisted on doing everything on his own without taking special classes for the LSAT or tutors. There was only one time that I remember our son complaining when he was studying for the law school admission test (LSAT). As math was always his strength, he was frustrated while working on multiple choice questions. Though I've never tested well, I asked him to give me three sample questions. From years of watching lawyers on TV, I knew that the object was to trick us. Since the stakes were high, I literally willed myself to get the answers right. That was the last time my boy complained about law school. 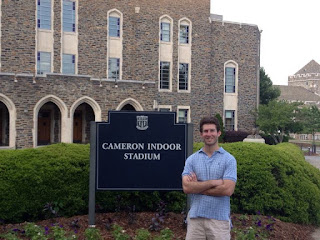 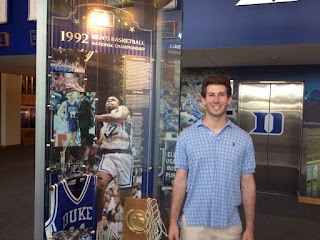 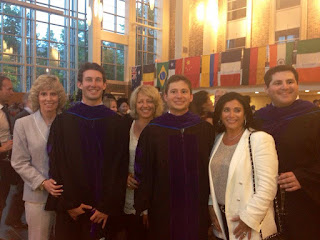 Note: We will be leaving for a family vacation at the end of the week. I look forward to catching up with everyone when we return next month.