IWSG: Writing Your Way Out Of Groundhog Day 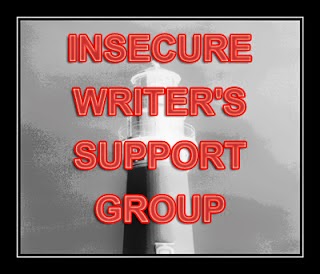 It's time for the February edition of  The Insecure Writer's Support Group. Now that our favorite groundhog, Punxsutawney Phil has seen his shadow; declaring a longer wait for spring, we're sure to spend more time agonizing indoors about our insecurities. Thanks to Alex J. Cavanaugh, and the rest of the IWSG, we won't have to go into hibernation.


Since Phil has predicted six additional weeks of winter, there has been more press lately about the wonderful 1993 movie, Groundhog Day. Bill Murray stars as a weatherman who is forced to live the same day over and over again. This made me think about how I sometimes feel like I'm in a Groundhog Day rut.

I usually eat the same breakfast, gravitate toward the same clothing, watch the same TV shows, and find the same things funny. This often spills over into my writing. I usually write about the same topics, and the same characters, though I try to throw in occasional newsworthy pieces with a twist.

The pivotal point in Groundhog Day began when Bill Murray's character decided to make the best of the situation, and made each day slightly better. He became more of a people person, and had the ultimate do-over. Fortunately, as writers we can accomplish this through the magic of editing.

Instead of just going through the motions, my character could decide to walk to work every morning, eat smaller portions, and celebrate by buying herself some new form-fitting clothes. Then her daughter could invite her quiet, and unassuming grandmother over to see her transformation. "Grandma, don't you think Mom looks pretty buff?"

Grandma looks all around the room in search of her daughter. When her granddaughter points at her mom beside her, the elder woman replies, "Is that your mother? I thought you were with Punxsutawney Phil's sister, Patti. I guess when you've seen one rodent, you've seen them all; though that is a nice shade of lipstick you're wearing. Honey, hand Grandma her purse. I'm sure I have a tweezers, or a weed wacker in there somewhere."

This still sounds vaguely familiar. Maybe I should just start small by eating breakfast for dinner, and watching Groundhog Day all over again.