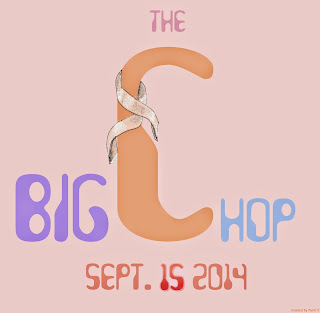 Ferreting Out The Competition

Last week in celebration of our new release Old Broads Waxing Poetic, we held a contest inviting bloggers to write about their favorite old broad. Our winner wrote not one, but two essays about his mother which shot him straight to the the top of the list. This made me think of another sharp shooter who treated his ma right.

Gangster Meyer Lansky remembered how much his mother sacrificed for him, and vowed to take care of her when he became wealthy.  He set her up in a luxury retirement complex, and often visited her. The "mob's accountant" always made sure his mother had the "very best in medical care, and remained an affectionate and devoted son."
I'm pleased to introduce you to another devoted son,  Stephen T. McCarthy, who has won a copy of Old Broads Waxing Poetic. Congratulations Stephen! Though his stories about his favorite old broad were both funny and heartwarming, they were too long to post here. They are definitely worth the trip over to Susan Flett Swiderski's to see for yourself. I would pack a light lunch, as it will take a while.

After you've stopped laughing and crying yourself silly, you should head on over to Stephen's Ferret-Faced Fascist Friends.  If you haven't been there already, I guarantee the shock value alone will make your head spin. The man clearly revealed his sensitive side to Susan when he eloquently wrote about his "tough Ma" Any man who cares that deeply for his mother, is a good man. I'm sure that's what Meyer Lansky's wife told herself too.


To celebrate its release, each old broad featured in this book is blogging about her favorite old broad today, and we invite each of you to tell us a little something about your favorite old broad in the comments. Stay tuned for more details on how you could win a free copy of Old Broad's Waxing Poetic.

I couldn't decide on just one favorite old broad, so I thought it would be fun to create my own. My mission was to build the best old broad by combining the most exquisite features from glamorous screen legends.

I came up with Elizabeth Taylor's eyes, Raquel Welch's cleavage, Jane Fonda's abs, Cyd Charisse's legs, and Lena Horne's sizzle. I glanced at the list, and couldn't quite put my finger on what was missing, so I called my life coach.

I went over the list with my mom, and she was unimpressed. She began talking about some of the legendary movie stars from her day like Veronica Lake who was known for her beautiful blond "peek-a-boo bang," and Betty Grable 's "million dollar legs." Sadly both actresses died young. Veronica Lake died at fifty from hepatitis, while Miss Grable lost her battle with lung cancer at fifty-six. Like many of our writers, technically they were too young to be considered old broads.

This conversation took place while my mom was having her bedtime snack. I overheard her request a "handful of peanuts" from her caregiver. It was after eleven o'clock, and I was making her late for bed. I didn't dare comment on her dangerous late-night snack. She said in an irritated voice,"So they both died young. What do you want from me? Why don't you go with Granny from The Beverly Hillbillies as your favorite old broad?"

My mom was in a better mood when I redialed at 11:02. She started to whisper when her caregiver left the room. "Can you hear me? I have to talk fast. I want you to know that I moved my money from the third drawer on the right to the second drawer on the left in the other room. That's where it will be tonight. I'm planning on moving it again tomorrow. I just thought you should know in case anything happens to me."

Then I asked her if this meant I got to keep all of her bingo winnings for myself, or if I had to divide it among the family. With that she let out a very husky laugh which reminded me of  a younger Lauren Bacall. My mom regained her title as my favorite old broad. Though she had known all along that her position was as secure as her forty-seven cents.

Now it's your turn to tell us about your favorite old broad for a chance to win a free copy of Old Broads Waxing Poetic.  Just write a short poem or essay in the comments.  In addition to reading a wonderful mix of entertaining and heartwarming poetry, you'll also feel good in knowing all proceeds from its sale are going to CARE International.

Now let's meet our talented group of young and hip Old Broads. Be sure to follow their delightful blogs.

NOTE: "Technically, Michael isn't a broad. He's a very nice guy who used that lovely image from Francesco Romoli to create our cover for us, so you could say, as an important member of our team, he's an honorary broad. With hairy legs."  -Susan Flett Swiderski

Help spread the word on Facebook and Twitter throughout the week. Also, please indicate where you posted about your favorite old broad, so we're sure to find it. The winner will be announced next Friday, September 12th. Thanks for your part in making this a very broad celebration.

Now that it's the third anniversary of the Insecure Writer's Support Group,  I finally feel like I belong here. Yes, I've always been insecure, but with the publication of our new anthology, Old Broads Waxing Poetic, I officially consider myself a writer. Thanks to Alex J. Cavanaugh  for all of your support, and congratulations on leading this inspirational group for three incredible years. You can visit the other talented IWSG members here.

When I told my friend about our poetry book she replied, "So, you're a poet now?" Well, the jury is still out, but I do feel confident that I've surrounded myself with seven sensational poets. Since we are constantly being judged by the company we keep, my poems have been given a chance to shine among shooting stars.

It's also been a tremendous learning experience. This has enabled me to go behind the scenes in the world of self-publishing. Though I was always the last to be picked in gym class, this was a true group effort, and I owe it all to this hard-working team.

To celebrate our book launch on Friday September 5th, we're inviting bloggers to enter to win a copy of Old Broads Waxing Poetic by writing about their Favorite Old Broads in the comments section of our blogs. I hope to see you on Friday for the cover reveal, details about our broad spectrum of writers, and easy-breezy contest rules.

Though I'm still insecure about my writing, thanks to my three years of therapy with the IWSG, and wonderful experience with Old Broads, I have graduated from a tricycle to a big girl bike. Nonetheless, I'm not quite ready to take the training wheels off, just yet.