Since Carol Kilgore  from Under The Tiki Hut is famous for her  Friday's Top Ten lists,  I thought I'd join in the fun to thank her for a wonderful week. 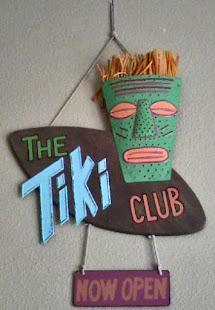 10. She didn't complain about my cooking.

9.  She never left the toilet seat up.

8.  Carol brought a lot of fabulous guests to the party.

6.  She was always gracious, and willing to lend a hand.

4.  She didn't break anything.

And the #1 reason why Carol Kilgore is an ideal nest guest:


I'm  delighted  to welcome author, and blogging friend Carol Kilgore. Carol has written Solomon's Compass, and In Name Only. Thanks for sharing this guest post with us today Carol.

A DAY IN THE LIFE OF A WRITER


A few weeks ago, I noticed the fuel gauge in the car was on EMPTY. I was pretty sure there was a station about a mile to my left.


I was wrong. It was a Sonic. Tots and a slush? Not a good idea.


But I did know where a station was for sure. At the highway – one block down and a mile or two over. I don’t have enough words for the full story, but it includes a dump truck, approaching traffic, and a long hill. You see the picture.


A hundred words later, I pulled to a pump with fumes to spare.


I grabbed my debit card and keys and locked the door, did the card thing and lifted the nozzle, but I couldn’t open the gas tank. So I thought there must be a release button on the dash.

I hung up the nozzle and searched. No button. Nothing on the door or the side of the seat.


On the other side of the pump, a man was filling his truck. “Excuse me,” I said. “I can’t get my gas tank open. Can you help me?”

He tried to open it. Tried to find a button. No success. I didn't feel quite so stupid, even though it was my car. As we rounded the back of the car … I remembered.


When we bought the car, the salesman went over the details. To open the gas tank lid, you press on the left. It popped open!


You’d think that would be enough for one morning. Not quite.

The transaction must have canceled when I hung up the nozzle, and this time the screen asked for my zip code. Numbers and I don’t always get along, and we've lived in umpteen jillion zip codes. With our current zip, I often transpose a couple of the numbers. But it let me pump gas, so all was good.

I was back at the Sonic intersection, and contemplating a slush, when my phone rang.


Husband said, “The bank just called. They want to know if you used your card at someplace called Big Red’s Number Two, if you have your card, or if you’re under duress.”

“I did just use it. The gauge was on empty.”

I could picture the expression on his face, and smiled.

I have to digress. Husband is Coast Guard. Semper Paratus … Always Ready. Well, Husband is always ready for a lot of things … but as Always Ready pertains to vehicles, ours are always road ready.

Whatever makes a car work always works or is quickly repaired. Tires are always safe. Fuel gauges rarely dip below the halfway point.

As life would have it, Mr. Always Ready married the woman who can no longer recall how many times she’s run out of gas, had flat tires, dead batteries, and more. Left to my own devices, fuel and maintenance barely make my list, much less work their way to the top. Until: I. Need. Gas. NOW!

So, back to the story. I told Husband where I filled up and that I had no idea the name of the place. “And I used it twice at the same pump. I couldn't get the gas tank open the first time.”

“So I asked the guy pumping gas next to me, and he couldn't figure it out either.”

"What do you mean you couldn't get the tank open?”

"So I finally remembered the salesman showing us, and then I had to use my card twice. I’m sure that’s what triggered the alert. Or maybe I put in the wrong zip.”

“How could you not know how to open the gas tank? We've had this car two years.”

“I've never put gas in it before.”

So he starts to laugh. “Let me get this straight. You have people who do that for you.”

Carol Kilgore is an award-winning author with several short stories, essays, and articles to her credit. Her two novels, Solomon’s Compass and In Name Only, are a blend of mystery, suspense, and romance she calls Crime Fiction with a Kiss. Carol and her Coast Guard husband live in San Antonio, Texas, with two herding dogs whose mission is to keep them safe from all danger, real or imagined.

Email ThisBlogThis!Share to TwitterShare to FacebookShare to Pinterest
Labels: Carol Kilgore, guest post, In Name Only, Solomon's Compass, Under The Tiki Hut

My husband is usually very patient and easy going. This changes when he gets behind the wheel of a car. Slow drivers, and people who dare to cut him off are the worst offenders. With constant name calling, and the overwhelming desire to prove who's "King of the Road," it was high time for me to devise a plan.

A new law should be enforced in which everyone has to have their cell phone number on their license plates. No more vanity plates saying how many kids you have, or the name of your favorite pet. Just the digits, so that any complaints about your driving will be directed toward you. Yes, a honk is simpler, but the idiot three cars ahead of you may be holding up the line of traffic. Every driver will be required to have a hands-free Bluetooth device to allow the safest possible vent system, "Not only are you weaving recklessly from lane to lane, but your car could use a wash, and I really don't care for your taste in music."

This is a much better approach than calling everyone a "putz" and using inappropriate hand gestures. Your passengers will thank you, and your fellow drivers will appreciate your efforts. Citizens will be busy patrolling each other freeing police officers from hiding out in the bushes with their radar guns.

This may also lead to unexpected friendships along the way:
"Bronco, what's the big idea cutting me off?"
"Sporty convertible, maybe I wouldn't have been so distracted if you were driving with a shirt on." All is resolved when they meet at a roadside cafe at the nearest exit.

Of course all of this polite and courteous conduct can still agitate some people. This may interfere with a driver's ability to shave or apply mascara.

Before we left on vacation,  I scheduled an appointment to get beach ready from head to toe. I couldn't get into my regular nail salon, so I went to another place that I hadn't been to in a while. The first order of business was an eyebrow wax. I was shown to a dark lit room where I waited momentarily for the technician.

I was surprised when two women walked in. I didn't think that my eyebrows were that unruly. I was told that it would be faster if they both worked on me. I recognized one of the women, but she didn't seem to remember me, and they weren't big on small talk. Besides, I was quite concerned that this was some crazy competition. What if one decided to go Edward Scissorhands on one eyebrow, and they didn't match?  I had a long road ahead of me, as this was only the first stop before we reached the underpass on the way to the pedicure.

I was relieved when they handed me the mirror. I still had both of my eyebrows, and I didn't look like Two-Face from Batman. They turned around while I undressed for a bikini wax. I could have sworn I heard thunder and lightning as I nervously blurted out instructions, " Nothing fancy. Just a little spring cleaning."

While I was stretched out on the table in my bloomers, I had a lot to think about as they were warming up the wax. Did I seriously still need two people for this? Was one there in case the other had a heart attack, and had to take over?  Since everyone was in the room with me, who was minding the store? There was a plate of candy at the front desk, and there had better be some left after all this.

When they were ready to begin the head technician moved in for a brief glance to survey the area. Finally, she spoke, "Now I remember you."

IWSG: A View To A Grill

The 4th of July has always been the beginning of the end of the summer for me. It seems that the days grow shorter, and the first day of school is right around the corner. Then it's back to being an empty nester, and facing the novel that I vowed to write before I turned forty more than a decade ago.

In the meantime, distractions are always welcome. It seems that everyone is searching for something. For example, someone who is definitely not my son, has been looking for an apartment with two friends. This person found a spacious place that was only four blocks away from his new office. Then one of the young men began to have second thoughts. It didn't make any sense. The apartment was in the heart of the city with hardwood floors, new appliances, large closets, three bedrooms and two and a half baths. The three amigos could spend days without even seeing each other if they wanted to. I was outraged (even though I wasn't related to anyone involved), and demanded an explanation. The person who is definitely not my son replied, "He didn't like that the bedrooms didn't have any windows." I countered, "Are you a bat?"


First double negatives and now no windows? Maybe it was my fault. I never once asked if there were windows in the bedrooms. I was focused on safety, location, and industrial strength toilets. You always want more for your children, and by "children" I mean all children. Fortunately, they found another place a week later. When I asked what he liked most about it he said, "The windows."


Coincidentally, we've been talking about replacing our windows for a long time. When our new neighbors bought the house next door, they told us that their bathroom window came crashing down as soon as they opened it. Since our house was also built over twenty years ago, we didn't want to take any chances. Measurements were taken in May, and the installation process began in early June.


Unfortunately, I made another huge mistake. I attempted to open up a previously sticky window that still wouldn't budge. To make matters worse, I had the nerve to do this before the installers were able to sneak out of the house.


I didn't realize that you had to pay extra for windows that opened. Instead of quietly enjoying the view, I had to stir things up. It's better to breathe in the fumes from athlete's feet, than to smell the flowers, or catch a whiff of the neighbor's barbecuing. Why is it that everyone else's outdoor grilling always smells better? Maybe I should find out if that cave is still available. I wouldn't even need a computer, as I could etch out my novel directly on the walls.

If you would like to learn more from writers who have achieved their goals, and still have the nerve to complain about it visit our leader   Alex J. Cavanaugh,  and the other talented members of the   Insecure Writer's Support Group.