IWSG: The Defiant One 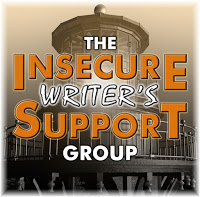 The following is a repost from May 2014 when my mischievous Mom was in rare form.


Before we boarded our flight home from Israel, we made a quick stop at the duty-free shop at Ben Gurion Airport. We picked up some Ahava Lotion for my mom. She likes the special formula of Dead Sea minerals, and the convenient travel size tubes. When I told my husband that we needed to get a few extra he said, "She probably uses them like cartons of cigarettes in the joint." Then we rushed to catch our flight.


After our son graduated, I prepared myself for the worst. Though I knew he would be eating better at home, anything could happen once he stepped out of our house. All it took was a matter of minutes for him to get lost, robbed, or kidnapped by a gang of raccoons.


It didn't matter that he lived on his own for four years at college, now he was on my turf, and I felt entirely helpless. I've heard many stories about sneaky twenty-something kids who've gotten into all kinds of trouble. Little did I know, that he wasn't the one I needed to worry about.


I usually talk to my mom on the phone at least twice a day. This rule still applies on days that we spend together. The other night, I reminded my mom that I had an early dental appointment in the morning, and that I would talk to her afterward. She wished me luck, and said that she also had to get up early. When I asked where she was going at the crack of dawn, she replied, "Downstairs."

This struck me odd, as she usually doesn't go to early morning activities at her retirement home, but she said goodnight before I could get anymore information.


The following day I tried calling my mom, but there was no answer. She finally called me back later in the afternoon. I asked her if she was feeling okay, and she said that she was fine. Then I asked  if she went to the doctor. She said, "No, why? What have you heard? Who told you?"


I told her that her story didn't make any sense, and if she was only downstairs then she would've returned my call earlier. Then I asked what was wrong with her, and why she had to keep it a secret. She gave me her standard line, "I didn't want to worry you."

I dove deeper by asking how she got to her appointment. "My nurse took me."

She has a visiting nurse that is set up through her insurance. I didn't realize they were that close. I asked why she asked the nurse to drive her, when I could've taken her. My mom said that her nurse doesn't drive, so her husband took her to the hospital.

My Novocain was beginning to wear off, but I tried to remain calm.

"So her husband drove you?"

"No, he met us at the hospital. Her boss drove me."

"Let me get this straight. So the nurse, her boss at the agency, and the nurse's husband were all at the doctor's office with you, because you were suffering from chronic constipation? It was okay to bother all of them, but you didn't want to bother your own daughter?"


"Did anyone in the group bring you a box lunch?"


"I'm sure your doctor referred you to a gastroenterologist. Did you make an appointment?"


"No, I need to see a spine specialist first."


"Makes perfect sense. I'm sure he'll do wonders for your constipation. And I suppose you gave your nurse a nice present for taking you."