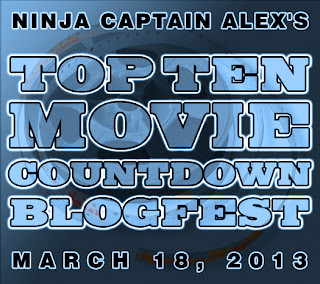 Loyalty: Why It Runs The Gamut From A to Z


I've always tried to instill in my children the importance of loyalty. Whether it be your family, friends, school, place of worship, or workplace, showing loyalty is rewarding in itself. Recently, I've had the pleasure of experiencing loyalty from an unexpected source  the Blogging From A to Z April Challenge.
At the beginning, I had no idea what the challenge would be like. I thought it would be interesting and a great way to meet new people, but I never expected it to be such a warm and inviting experience. There is a certain loyalty among bloggers. It's a polite society of writers who support each other in very endearing ways. While some are quick to gain new followers, others stay and chat awhile. It's like the perfect neighborhood on a warm summer day, where everyone is sipping lemonade and telling stories.


It doesn't matter how old you are, where you live, or what you write about, there is an unwritten code of honor among the writers in the A to Z Blogging Challenge. I don't know if it's the same in other writing competitions, but I'm grateful that this is my first. I hope that I am as gracious as others have been to me. If I have offended anyone with my stories or comments I am deeply sorry.


This whole experience has brought back memories of my college sorority. What I liked most about it, was that we didn't fit one mold. Some were pretty and athletic, while others were funny and artistic, but we all banned together for the good of the house. I believe all the hosts of the challenge should be commended for creating such a welcome and rewarding environment. Likewise, all the participants should be proud of their good conduct. It will be very bittersweet when the challenge comes to an end. Hopefully, we will not have to go through Hell Week.
Posted by Empty Nest Insider at 12:34 PM 42 comments:

Email ThisBlogThis!Share to TwitterShare to FacebookShare to Pinterest
Labels: A to Z Challenge, L is for Loyalty

I originally wrote this for the second official IWSG meeting in October 2011. The group has grown so much since then, and continues to flourish under the leadership of   Alex J. Cavanaugh.


Wise Revisions
Writing helps connect the dots,
That open worlds of wonder.
Reading in between the lines,
Turn clear skies into thunder.


Waiting for the inspiration,
Sequestered in a silent rage.
Staring at an empty screen,
Wishing words upon the page.


Suddenly the switch turns on,
While ideas churn like butter.
At last the curse is lifted,
As butterflies converge to flutter.


Plagued by second thoughts,
Weary of a cool reception.
Any hopes of turning heads,
Are fueled by misconceptions.


Regrets I have many,
Nervous twitches I have but few.
If only I had begun at twenty,
Should haves adhere to me like glue.


The phone rings, changing tones,
There's talk of staging a tour.
My hair, my shoes, what will I say?
Thank goodness, I'm not insecure.
Posted by Empty Nest Insider at 12:06 AM 33 comments:

It all began with Nick Wilford's bloghop which bloomed into a beautiful book. I'm honored to be one of the featured writers in this worthwhile effort. It's been a pleasure getting to know this eclectic group of writers/bloggers from all over the world who are united in helping Nick's family reach their goals.

Blurb:
Overcoming Adversity is a collection of seventy moving and uplifting original pieces - real life, flash fiction, and poetry - about battling against the odds and the ultimate triumph of the human spirit. The contributors include Amazon bestselling authors Alex J. Cavanaugh and Kyra Lennon, and the cream of upcoming talent.

The anthology is part of a fundraising effort to send the editor's stepson, Andrew McNaughton, to a specialist college in England. Andrew has cerebral palsy, and is a remarkable young man with a promising future. However, the free further education options offered in his own country of Scotland will not challenge him and allow him to progress. In order to access the education he deserves, Andrew will have to pay exorbitant fees, thus creating a situation of discrimination.

Help us get Andrew to college by buying a book that runs the full gamut of human emotions, ultimately leaving you inspired and glad to be alive. Whatever struggles you are going through, our sincere hope is that this book will help.


Purchase the Anthology:Amazon UK
Amazon US
Smashwords
+ add on Goodreads

Editor Bio:
Nick Wilford is a writer and stay-at-home dad. Once a journalist, he now makes use of those rare times when the house is quiet to explore the realms of fiction. When not writing he can usually be found spending time with his family or cleaning something.

He has four short stories published in Writer’s Muse magazine. Nick is also co-running a campaign to get a dedicated specialist college built in Scotland. Visit him at http://nickwilford.blogspot.co.uk/.