Notice the elegant lines on the dog's fringe poncho, and the cat's pressed Pilgrim suit. Their respective feather headdress and Pilgrim hat are perfectly in sync, as well as their priceless poses. We could learn a lot from these precocious pets.

Fast forward to a Chicago courtroom. A female judge sentenced a man to two days in jail for wearing "rodeo clown pants," aka saggy pants to court. Though his case was dismissed, he still had to serve time.

Another man who got off for using his cell phone, while riding his bike was sentenced for contempt of court. Eight men in total were forced to sit in jail for wearing their pants too low. According to WGN News, "It costs about one hundred and fifty dollars a day of the taxpayer's money for an inmate to sit in jail."  Talk about really cracking down on sloppy dressing.

There should also be laws for women who show too much skin. Any woman over fifty in cleavage-baring attire should be issued a warning, and over sixty should immediately be locked up. Women over seventy should be held indefinitely without bail. My brother and I have discussed this many times, and neither one of us would have a problem locking our mom up for good if we caught her in the act again.

All hell could break loose with the saggy pants epidemic on Thanksgiving, as many people unbutton their pants after the big meal. I have already planned my outfit to insure I won't be doing any jail time. A tasteful turtleneck will not offend the turkey, or the guests, combined with a stylish pair of sweatpants with an elastic waist. I realize I won't be as fashionable as the cat or the dog, but I'll definitely be more comfortably dressed than the bird.

Wishing everyone a wonderful Thanksgiving!


Before Gracie concludes her thrilling cliffhanger adventure, I would like to thank her for sharing her story here. To show my appreciation, I tried to make her feel at home by putting out a peach spread. Unfortunately, peaches are out of season here, but I don't give up easily. I thought I might be able to track down a few on the Internet. This is what I found instead: Peaches & Hot Sauce (Comedy Production Studio), Peaches Boutique (specializing in prom dresses), and a company that ships Peach Bourbon Fried Turkey.

Since I couldn't reach any of these places in time, we'll have to settle for some hot peach tea, and fresh scones with peach jam. Wait a minute, a truck from the Peaches and Hot Sauce Comedy Studio just pulled up. Gracie, I'll try to stall them while you tell your story.
Gracie and the Peach Thieves – Part Two


Hi, this is Gracie again. When I left you at Carol’s blog on Monday, I was trapped in a peach tree with peach thieves on the ground below. Here’s what happened.

My only weapons were peaches. They’d have to do. Some of the ones around me were still as hard as rocks. I’d have to take care not to disturb the branches when I pulled the fruit, and I wondered if I could do that. I had to try. I shoved Mama’s basket into a fork so it wouldn’t fall.

Then I pulled a hard peach. Both men kept picking. Petunia and Daisy yapped in the distance, but I couldn’t tell where they were. They didn’t sound concerned. I pulled another peach and looked down.

The men were working fast. They’d already picked a bushel of Mama’s peaches and were working on another basket. They didn’t know how mad Mama would get, that’s for sure. With my two peaches in my pockets, I yanked off two more, took aim, and fired the first peach. The second. Two hits!

The men were loud! All the words I was taught never to say spewed from their mouths. I fired the next peach, and then the fourth. The dogs were louder and coming our way. I reached for another peach, but I wasn’t careful enough.

I lost my balance, and fell through the branches.

The next thing I knew, a wet nose was pushing on one cheek and a warm tongue was licking the other.

“Buster saw them drive up and called the sheriff. He’s out at the road with them now waiting for the deputy. They said you hit them with peaches. One’s got a black eye.”

“Good. They got into Mama’s trees. I couldn’t stop them in time.”

“Thanks to you, Mama still has plenty of peaches. She can make an extra cobbler for Buster. Maybe some ice cream, too. If you hadn’t stopped them, they could’ve wiped out a whole row of trees before the dogs found them.”

I smiled, remembering how good peach ice cream was on top of warm peach cobbler.

“Let’s check you out. Move your arms and legs.”

Daddy took the two bushel baskets along with Mama’s basket and sent me off to play. When he walked into the kitchen, I heard Mama all the way from the hay barn. Those thieves were lucky they only had to face the deputy and not Mama.

After high school, I went on to college, graduated, and joined the San Antonio Police Department. Nothing there quite equaled the thrill in that peach tree, so I searched for more.

Now I’m the newest member of a still unnamed taskforce to be based in San Antonio. We’re all still training, so look for more to come! My name is Gracie Hofner, and I’m Carol Kilgore’s newest character. She’s writing a whole trilogy of books based on me, which is why I’m writing this instead of her.

As an operative for a covert agency buried in the depths of the Department of Homeland Security, Kat is asked to participate in a matter of life or death—locate a kidnapped girl believed to be held in Corpus Christi, Texas. Since the person doing the asking is the wife of the president and the girl is the daughter of her dearest friend, it’s hard to say no.

Kat and Dave quickly learn the real stakes are higher than they or the first lady believed and will require more than any of them bargained for.

The kicker? They have twenty-four hours to find the girl—or the matter of life or death will become more than a possibility. 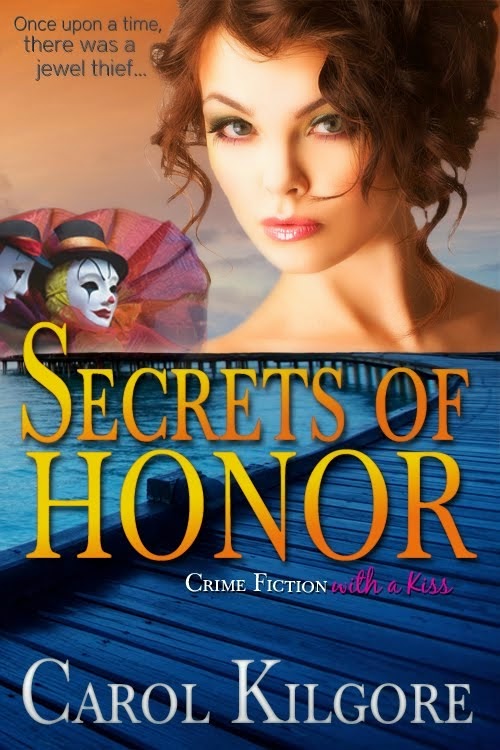 
Monday night CBS News ran a story entitled, "Is Your App A Trap?" The segment talked about how some apps may actually be spying on our iPhones. For example, just by downloading the free Flashlight app, we're allowing access to our contact lists, as well as other personal information. The same is to be said of using Snap Chat, or other social media. They stressed the importance of checking the "terms of service" for every app, and to never hit "update all," as it may create malware  problems.

Now that Apple is tightening their policies for iPhone, I looked up some apps that were either discontinued, or didn't make the cut in the first place: The following though aptly named, were considered offensive to children:

The Russian Bride Gallery - A fine selection of sweet and polite mail-order brides.

Zombie School - A shoot 'em up of zombie children who are coming after you. Where's the fun in just putting them to bed after dinner?

This made me want to create my own apps. The first one falls under the category of a safety reminder for men. I like to call it the "Would It Kill You To Call Your Mother?" app. For a slight charge you can add programmed responses like, "Don't worry mom. Since it's chilly I'll take a sweater with me."

On days when you just don't feel like going in to work, 'cause you just woke up, and have no idea where you are, there's the "I'm Home Sick In Bed Anytime" app. This pre-programmed app works in conjunction with FaceTime. You simply videotape yourself ahead of time while moaning about how sick you are in bed. Then you hook it up to a live FaceTime feed showing the current date and time. No one will be the wiser, unless you hit "update all," and your boss is on your contact list.

IWSG: Should Women Shy Away From Self-Deprecating Humor?

It's time for another addition of the  Insecure Writer's Support Group. Be sure to visit  Alex J. Cavanaugh, and the other welcoming writers.

The other day I ran into an old classmate that I hadn't seen in years. We went all through school together, and though his hair had turned salt and pepper, I immediately recognized him. He reminded me that we were Facebook friends, and offered up suggestions for my blog.

Though he thought it had "potential," he felt I needed to "ease up" on my self-deprecating humor. He added, "Men like confident women. We don't want to hear about your flaws. It doesn't reflect well on you or your family. Take pride in your accomplishments, and stop going for the cheap laughs." Then he smiled when he said, "I'm glad your mom still has a great sense of humor. Does she still wear those tight leather pants?"

For once I was tongue-tied. Though part of me was flattered he actually read my blog,  I was shocked he had found it offensive, and creeped out that he still had a thing for my mom. It was high time I put him in his place, "Many female comedy legends are known for their self-deprecating humor. Look at Joan Rivers, Carol Burnett, Tina Fey, and Amy Poehler. Even Lucille Ball was at her best when she was stomping on grapes, or shoving chocolates down her uniform at the chocolate factory. Comedy isn't always sexy, yet many of these women are very attractive. I know I'll never be in their league, but you know what I mean."

He stared at me for a minute before asking, "Remember you mom's leopard couch? They sure don't make couches like that anymore. Didn't she have a matching robe too?"

I almost dropped my vanilla chai latte. "I don't remember inviting you over. When were you ever in our house?"

"Your brother asked me and Donny to come over after baseball practice one day."

Donny? Then it all came back to me. He and Donny were in a group of boys who traumatized me in grammar school. When he wasn't calling me names, he was busy shoving me on the playground. He was the ringleader in a group of kids who picked on everything from my buck teeth to my clown shoes. Funny how someone who spent years deflating my ego, found my self-deprecating humor unbecoming.