The Down-Low on DUFF's 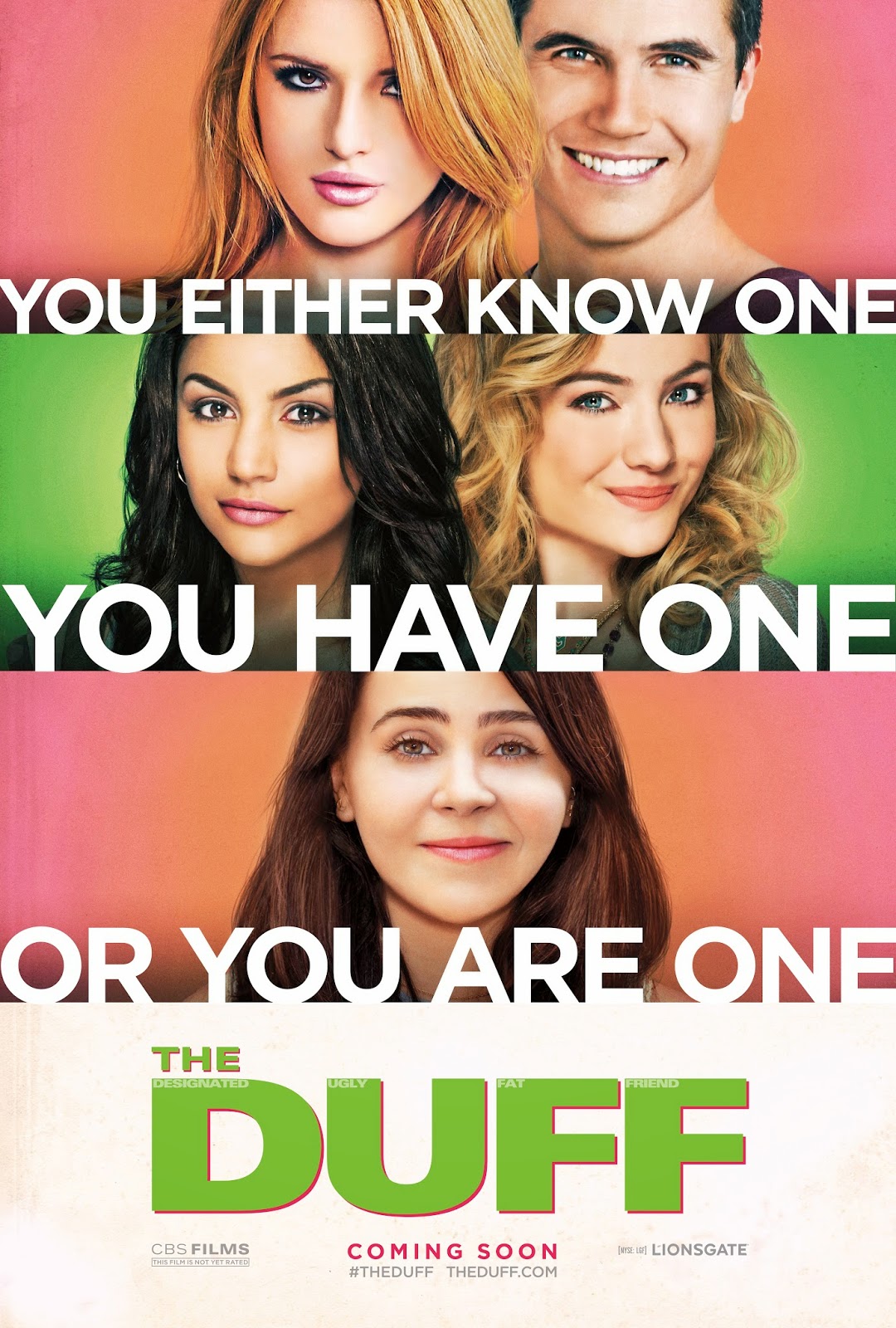 The other day I was telling my mom about the elderly text list that I posted for the letter 'A' in the A to Z Challenge.  I asked her if she knew what BFF stood for, and she replied, "You mean DUFF? It stands for Designated Ugly Fat Friend."

At first I thought my mom heard a promo for the new teen movie, but she said that my brother told her all about it. This struck me funny, because my brother prides himself on keeping our mom abreast of current events. I decided to investigate further.

Author Kasey Edwards from stuff.co.nz offered her insights on the DUFF, "To creepy pick-up artists, she's the gatekeeper - the bodyguard who must be out-maneuvered in order to score with her hotter friend."

The article told how 17- year-old Kody Keplinger wrote the novel after a boy had the nerve to ask who was the DUFF in her group.

"When I first heard [the term DUFF] I thought, 'That's hilarious and super clever,'" Keplinger told the New York Post. "Then, I thought - 'Wait, that's super mean.' And then: 'Oh crap, that's me! I am the DUFF of my group! I realized that everyone is insecure and thinks they're the DUFF."

In an attempt to boost self-esteem in teenage girls, beautiful celebrities have been seen sporting t-shirts proclaiming, "I'm somebody's DUFF." With all of the nasty names I was called as a teenager, I think this would've hurt the most.
As I expressed my concerns to Mom, she retorted, "Are you still on the letter 'D?' Why don't you come back to me when you're up to 'G.' I've never been a DUFF, but I do know a thing or two about being a GILF."*

Whether you celebrate Passover or Easter, wishing everyone a happy holiday weekend!

Posted by Empty Nest Insider at 1:26 AM

Email ThisBlogThis!Share to TwitterShare to FacebookShare to Pinterest
Labels: A to Z Challenge, adventures with Mom, BFF, DUFF, GILF