A Ninja, A Ghost and A Freelance Editor

The writer sat at his computer eager to embark on his novel. A sudden wave of thirst swept over him, so he decided to go downstairs for a glass of water. He spotted a hummingbird at the kitchen window. He glanced up to see another hummingbird next to it. He wondered if there was a nest outside, and had to get a closer look. The writer quickly slipped on his shoes before stepping out on the patio. He reached in his pocket to snap a shot with his cell phone, when he realized it was still in the house. Then he saw that the wind had blown the backdoor shut, so he reached into another pocket for the key. How could his key and cell phone both be missing from his coat pockets? Then he saw his reflection in the patio door window. The writer was locked out of his house wearing only his bathrobe in the middle of the afternoon. Oh well, he would just have to hide in the bushes for a few hours until his wife came home from work. If only the skunk hadn't gotten there first....

This is where our friend Nick Wilford,  Freelance Editor comes in. He could turn any stinky story into a rose. 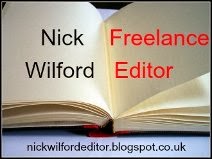 With the unstoppable rise of self-publishing, it’s easier than ever to put your words and stories out there in the world. This is a great thing, and I’m all for it. However, it’s not just about the story - although of course, that is the most important part - but the way it’s presented. After spending months or years on a novel, building an incredible world and honing your characters and storylines to perfection, the last thing you want is to be let down by a lack of editing. It’s just as important as an arresting cover image.

Nick Wilford, Freelance Editor is a one-stop shop for affordable editing, proofreading and formatting services. With professional training and ten years of experience as a journalist and editor, the time has come to transfer these skills in order to help out the fellow authors I have come to love.

But it doesn’t stop there. I’m ready to edit anything; from a crucial term paper, to memoirs and other non-fiction books, short stories, articles or job application letters. Let me put that finishing touch on your masterpiece.

Feel free to take a look at my  website  for further details of my services and prices.

Nick Wilford is a writer, freelance editor and stay-at-home dad. Fascinated by words from a young age, he trained as a journalist before embracing the calling of fiction. When not writing he can usually be found spending time with his family or cleaning something. He has four short stories published in Writer’s Muse magazine. Nick is also co-running a campaign to get a dedicated specialist college built in Scotland.

Another friend and IWSG member Julie Flanders is about to come out with her second book in a year. Not only would Julie have motivated this character to focus on his writing, but after reading The Ghosts of Aquinnah, he would have been too terrified to venture outside his home. 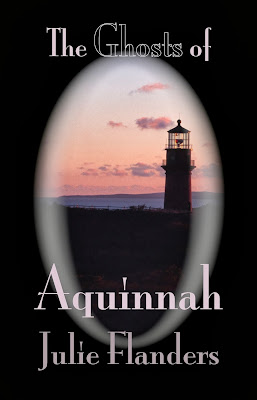 A brilliant flash of light transcends through time.


Another freezes a cloaked figure within a frame of salty mist as waves crash against a rocky shore. Her harrowing expression shadows the beacon to a pinprick.


By the next blaze, she is gone. Only the lighthouse remains.


Hannah’s eyes blink in step with each heartbeat. Images of her deceased parents and Martha’s Vineyard explode like firecrackers inside her mind.


She shakes her head.


For weeks this eerie woman dressed in nineteenth century garb has been haunting my webcam, but tonight she stared into my soul.


Casting aside months of research on historic lighthouses, Hannah drives to the coast and boards a ferry.


What is the strange connection she has to this mysterious woman suspended in time?

The Ghosts of Aquinnah
will be released by Ink Smith Publishing
on December 5, 2013 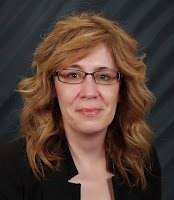 Julie Flanders is a novelist and freelance writer in Cincinnati, Ohio. She has a life-long love affair with the ocean and has spent more summer vacations than she can count on the island of Martha’s Vineyard. When not writing, Julie can be found reading, cheering on her favorite sports teams, and watching too much television. She is an animal lover and shares her home with her dog and cat.

Be sure to visit Julie and  Nick. Just think that  Alex J. Cavanaugh  brought us all together to read, write, and fight the war against poor punctuation.